“Chan makes you calm and wushu makes you strong. That is what many people want in their lifes – to stay calm and strong,” – said Shi Yanlei, residing in Shaolin Temple UK, to seven practitioners from Lithuania Vilnius Shaolin Cultural Center, who came to study Shaolin Sanshou from the Shaolin Quan master in London (UK). 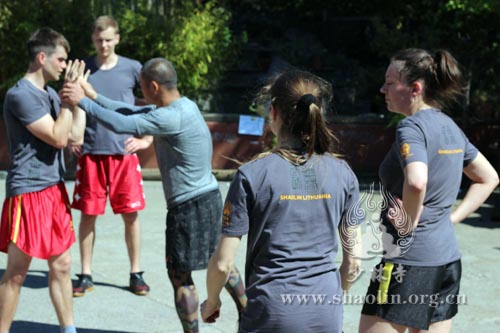 Thanks to Erasmus program for trainers, seven people from Lithuaniahad an opportunity to learn from Shi Yanlei for one week and got really valuable experience in Sanshou fighting, building one’s stamina and also fighting applications of well known Shaolin’s Xiao Hong Quan. 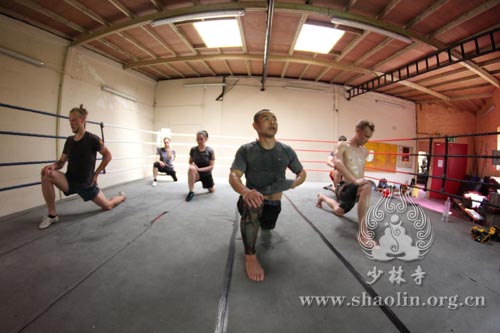 “I was so happy to meet Shi Yanlei again, first time we met at Shaolin Cultural Festival in 2014, that was held inLondon,” – said one of the students Vaiva Zostaute. During the festival a group of Shaolin Quan practicioners from Lithuania came to perform, to meet the honorable guests from Shaolin Monastery in China and share their experiences with other European practicioners. 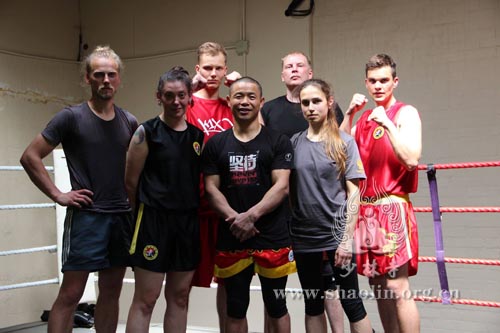 The group of Shaolin Quan practitioners fromLithuania, lead by their founder of Lithuania Vilnius Shaolin Cultural Center Tomas Lapinskas, had three hours of practice every day which according to them was both challenging and inspiring. “I had an opportunity to study Shaolin quan with different masters, also including the ones inShaolinTempleinChina, so I also want my students to get more knowledge and inspiration, but not everyone is able to travel toChinaand stay there for training. Having Shi Yanlei here inEuropehelps my students to set and reach their goals of better knowledge of Shaolin tradition and fighting experience,” – said the head of Lithuania Vilnius Shaolin Cultural Center T. Lapinskas. 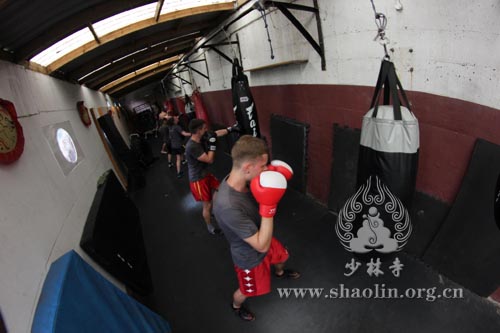 “It is so nice to see, that practicing Shaolin wushu, qi gong and meditation gives you so much endurance, stamina, power and flexibility. Meeting Shi Yanlei really encouraged to keep training even if you are already in your 40-ties,” – said Renata Petkeviciene, a 38year oldmother of two.

Shi Yanlei also said that he would like to visit Lithuania and share his knowledge with more people who are interested in Chinese martial arts. Hopefully, this will happend soon and makes the benefits of Shaolin Quan available for more and more people in Lithuania.(News/Photo: Lithuania Vilnius Shaolin Cultural Center)